Justice must always question itself, just as society can exist only by means of the work it does on itself and on its institutions.  (Michel Foucault)
Not so long ago, at the beginning of the 21st century, a flurry of radical changes in technology ushered in a new era of civil rights activism. Powerful new technologies brought unprecedented opportunities to gather, analyze and report out to a global audience. The notion of citizen reporting or citizen journalism; the ability to capture raw, new perspectives; gained new significance.
From cell phone and CCTV content, to forensic analysis, to creative coding, the artists and activists in this exhibition gain access to missing, hidden or difficult-to-retrieve information. Each work deconstructs selected events, times and places, offering us a range of eyewitness perspectives, interpretations and testimony.
Forensic Architecture, based in the UK, publishes the results of their rigorous forensic process into the killing of a black man by police. Indian collective CAMP, pulls together diaristic CCTV film and audio documentation in the day to day life of Jerusalem neighbourhoods & the neighbours who live in low-key, permanent crisis. Belgium artist Dries Depoorter connects publicly available emergency police calls in Seattle with the city-wide system of CCTV cameras.
This is not conventional surveillance. Instead these works turn the panoptic eye of surveillance on the institution or state itself, prompting a different set of ethical and moral questions. Each of the works centres the plight of the human subject, while the architectural surroundings and built environment become key, defining elements.
New technologies hold both the promise and threat of greater accuracy, control and discovery. These are not fictional narratives: they are complicated, uncomfortable, and challenging real world events. The ways in which new technologies and citizen-reporting are used by artist/activist groups, in the pursuit of justice, transparency and disclosure…to challenge narratives, opinion and law, will persist and continue to evolve.

WE ARE CURRENTLY CLOSED WHILE WE INSTALL OUR NEXT EXHIBITION

The film Al Jaar Qabla Al Daar was first shown in Jerusalem in The Jerusalem Show, 2009. This single-screen work comprises a compilation of short diaristic videos, shot from windows and rooftops within the contested landscape of East Jerusalem. Filmed in 2009, with CCTV security cameras, the work documents the day to day life of a neighbourhood & neighbours in low-key, permanent crisis. Silent CCTV feed was controlled live and married with the live commentary. 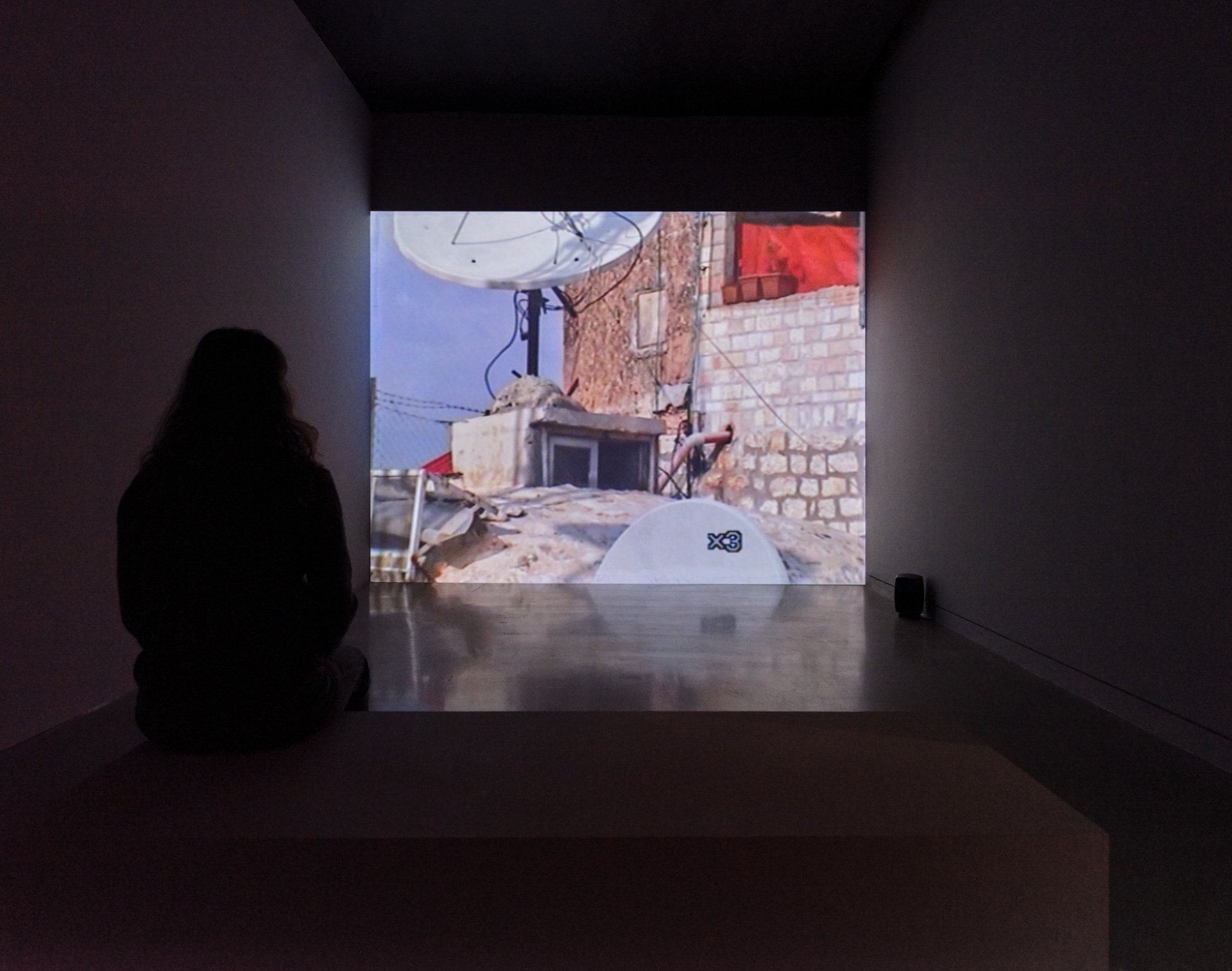 CAMP is is a collaborative studio founded in Bombay founded by Shaina Anand, Sanjay Bhangar and Ashok Sukumaran. This Mumbai-based studio for transdisciplinary media practices has also had other members over the years. CAMP has been concerned with the history and politics of technology and experimental video and audio, working with film, video, electronic media and public art forms, exploring various media technologies through research, infrastructural interventions, presentation, and documentation. Their work has been exhibited internationally including at the Liverpool Biennial, the Sharjah Biennial, the New Museum Triennial, Documenta 13 in Kassel, the Viennale, and Skulptur Projekte Münster.
In 2020 CAMP were awarded the Nam June Paik Prize. Jurors commented “their commitment to the idea of art as a social sphere of questioning, to which collaboration and exchange is crucial to the challenge of hegemony and its tools, is not only present in their methodologies of making, but also in their critical neighborliness which embraces openness to all forms of consciousness.”

This installation streams real-time video from publicly accessible, city-owned traffic cameras in Seattle to 12 monitors controlled through tiny computers called Raspberry Pi’s. Though the city's online cameras were meant to show only a single still image updated every minute, Depoorter was able to access the continuous stream. He’s paired the surveillance feeds with police and fire alerts and dispatch audio made available as part of Seattle's Open Data program. And he's synched this feed to the screen so that the videos show the closest camera to the location described in the audio for a disturbingly voyeuristic experience. Visitors can choose whether to view video feeds with the most alerts or the least thus becoming an active participant in the surveillance act. "I found it pretty strange, that the police were sharing all this data," he says. "I had to show what you can do with this…you see just how much surveillance there is." 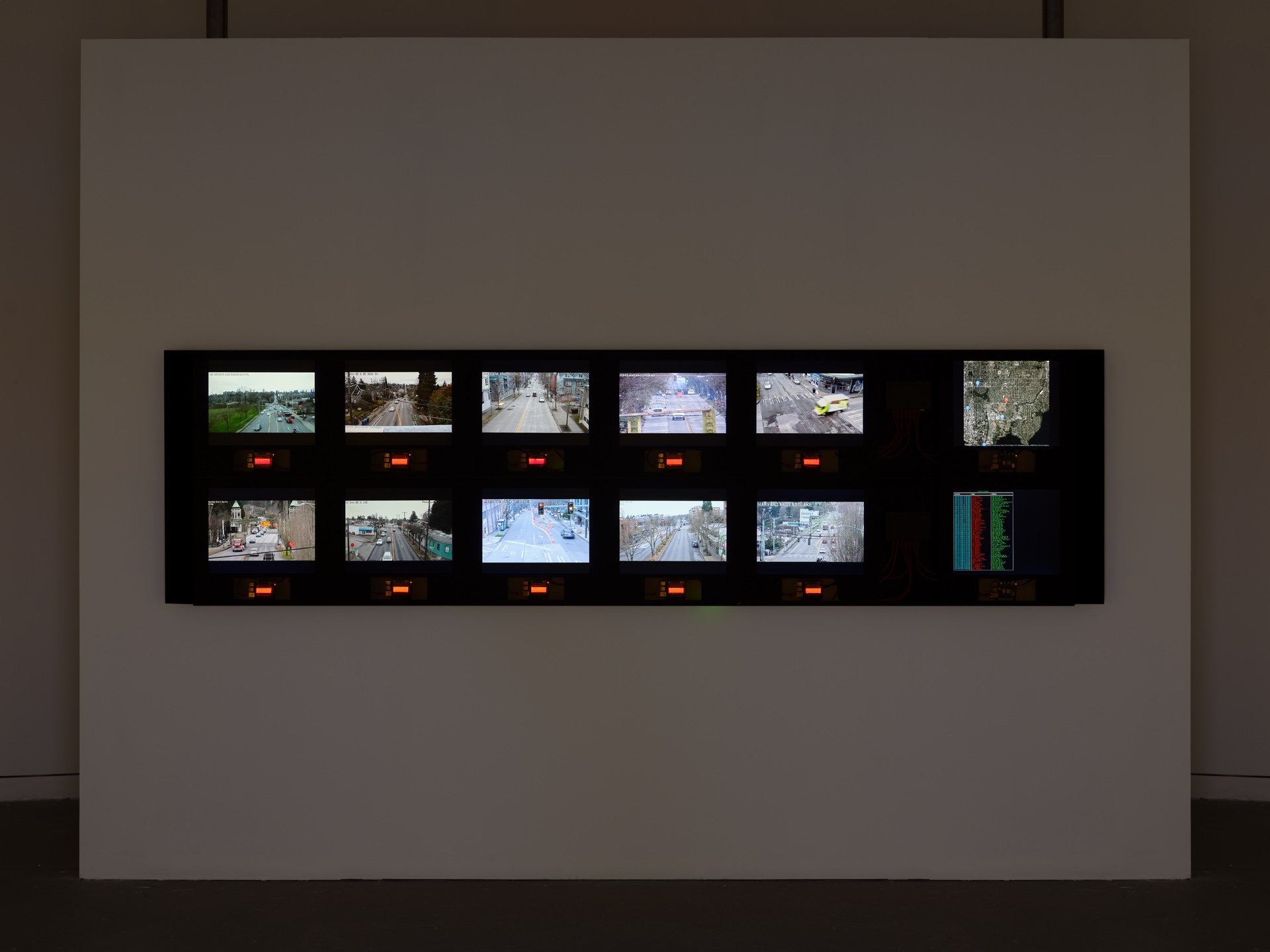 The Killing of Mark Duggan

The police shooting of Mark Duggan is a highly contentious case that has been widely cited by Black Lives Matter in the UK. While the circumstances of his death differ markedly from that of the US police killing of George Floyd, Duggan is one of a lengthy list of black people who have died or sustained serious injuries during encounters with British police officers. His death nine years ago triggered the biggest riots in modern English history. Since then family, friends and campaigners have questioned whether the full story has been told. In 2020, Forensic architecture released an extraordinary forensic investigation that raise questions about the circumstances of his death. 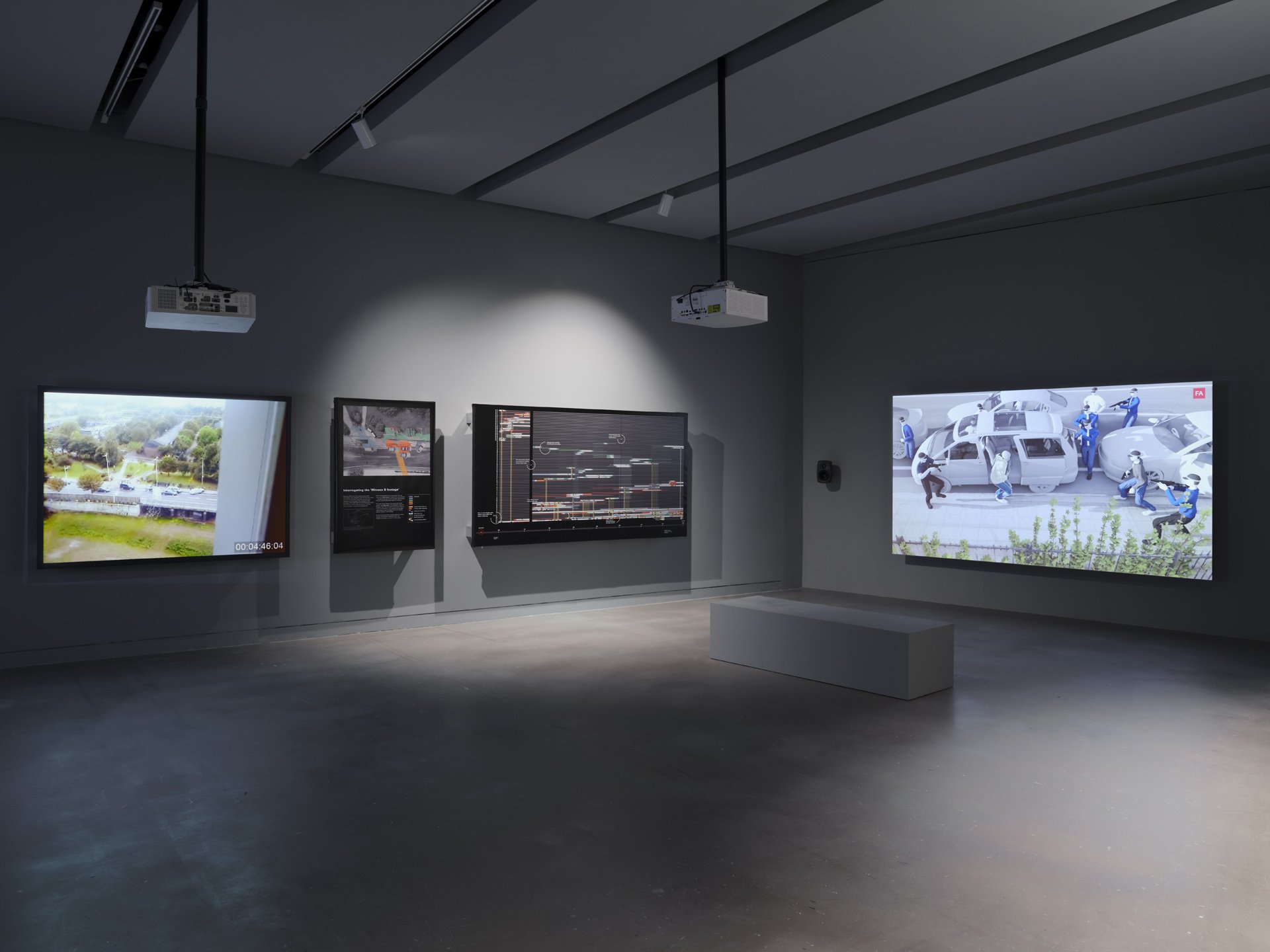